Surviving a Wolf Attack – How to Come Back Unscathed
by Andreea Stoica
October 1, 2019

I cannot begin to emphasize the importance of good research before venturing out for a hike in the great outdoors.

First on the list before setting out would be to gather information about the place you are about to visit. For instance, you can check your local Fish and Wildlife Foundation’s website to check what kind of wildlife is present in the area. Then, learn more about how you can avoid them, and what measures you can take to come back safe and sound.

Now although wolf attacks are considered rare compared to moose or bear attacks, there seems to have been an increase of such encounters in recent years. Since 2000 more cases have been reported in Alaska and Canada as wolves reoccupied areas they had previously been removed from.

Also, most of the wolf attacks occurred in national or provincial parks where wolves were protected. Those were also places where human activities such as camping and hiking increased. 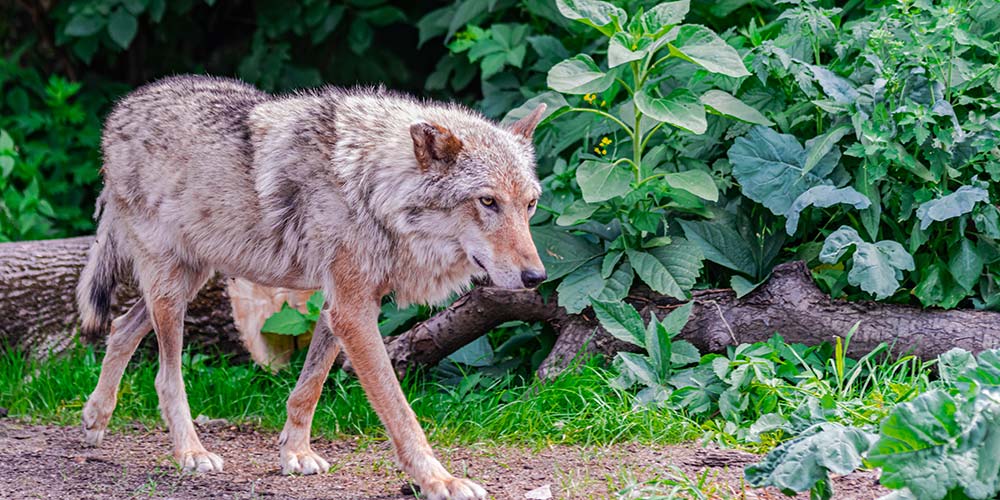 Many of you might recall the incident from this year in August in Banff National Park, Alberta, Canada. A family of four went camping and they were suddenly attacked by a wolf during the night while they were sleeping.

The wolf tore down their tent and Matthew, the head of the family, threw himself in front of his wife and children to protect them. The wolf bit Matthew’s hands and started to drag him away.

While Matthew tried to fight the wolf and protect his family, Russ, another camper from the site heard their screams and came to help. After he kicked the wolf, Matthew was released.

Then, the two men started screaming and threw rocks at the animal while the rest of the family made their way towards Russ’s minivan. They managed to reach a local hospital and Matthew was treated that night for his injuries.

What we’ve learned from this case is that no matter how common or uncommon wolf attacks may be, when they happen, it can result in serious injuries and even death. I cannot stress enough the importance of being well informed and prepared on how to handle such situations.

Let’s first start with some general information on wolves, the different types and where they can be found geographically, their behavior regarding humans and then we’ll move on to tips on how to respond to a wolf encounter or wolf pack attack. 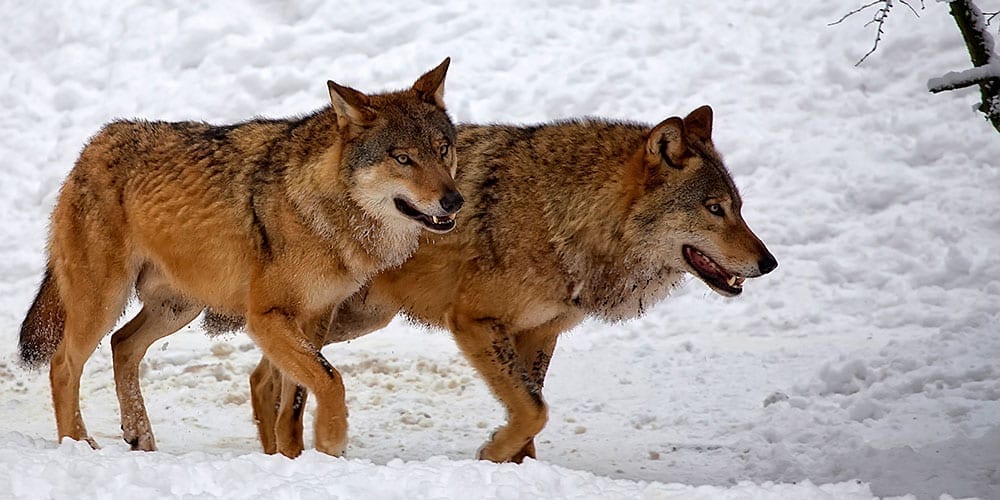 Species of wolf
you may encounter

Scientists still disagree on the classification of the types of wolves. Some consider the red wolf for example as a subspecies of the grey wolf as molecular studies have shown, while others consider it a totally different species. Regardless of the debate, we comprised below a list with some of the most well-known types:

People also know it as the timber wolf. Scientifically, it is thought that many other subspecies derive from it. It is the largest in size from all the canid species. It can be found in the United States, Canada, Alaska, some regions of Europe, and Asia.

It is only found in the Arctic and Greenland. It is a subspecies of the grey wolf, it has white-yellowish fur and smaller compared to other types of wolves.

Thought of either as a different species from the gray wolf, or as a hybrid between the gray and a coyote. It is a critically endangered species, found in some areas of the United States.

Often hunted for their fine fur, they can be found in Asia, northern Europe and in the arctic regions of Russia.

It prefers semi-desert areas and can be found in India, Pakistan, Saudi Arabia, and Israel. It is slender and weighs less than the other species.

It can be found in the north of India and in Nepal. As their names might suggest, they like to live in mountain areas.

Its alternate name is Algonquin wolf. It is found in Canada, in the south-eastern parts. Because of deforestation, they are considered an endangered species.

It is a subspecies of the gray wolf; it prefers temperate forest areas and deserts. It is native to southern New Mexico, southeastern Arizona, northern Mexico and west Texas. 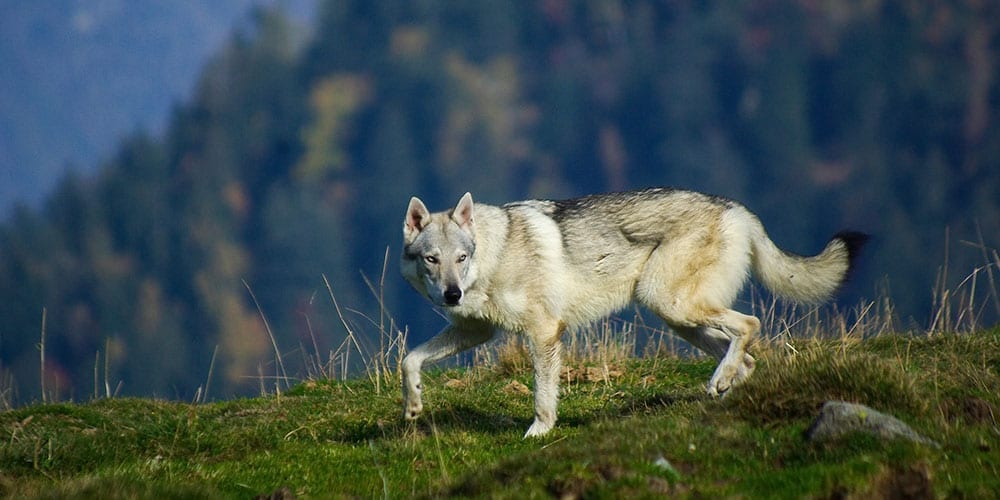 When do wolves attack humans?
if it happens

Wolves that become too comfortable around humans and people that act in a passive manner around these animals give rise to the phenomenon of habituation. It basically means that wolves tolerate close approaches by people. Sometimes it can be the wolves that initiate the approach out of curiosity. 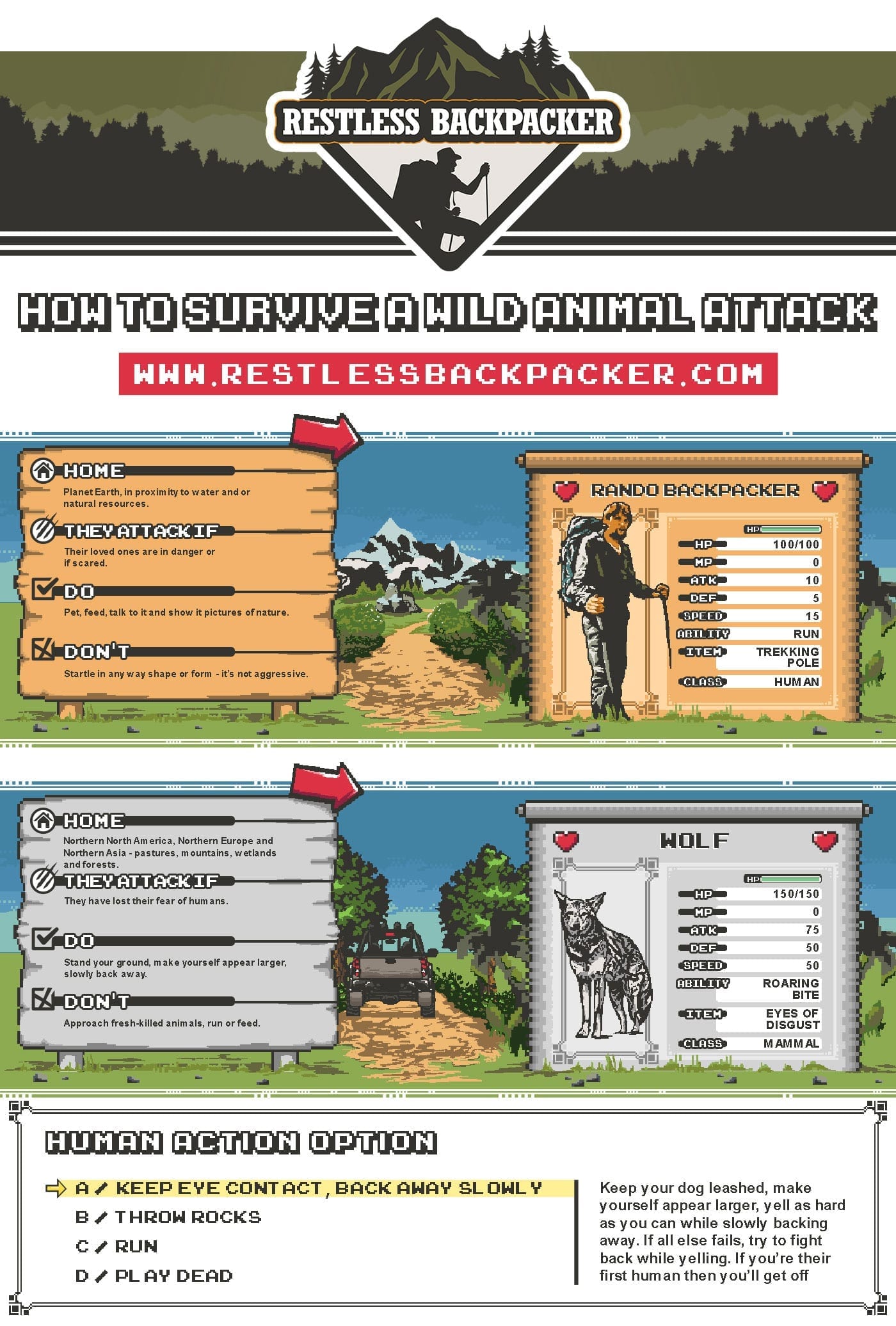 Although it doesn’t sound dangerous at first, these wolves that have become habituated can actually exhibit sudden aggressive behavior. Why does this happen? To put it shortly, wolves become relaxed and free of inhibitions and they react to humans in the same way they would react to a packmate. This includes their social behavior of being either playful or aggressive in order to dominate another member of the group.

If wolves start searching for food near human campsites or places with human activity, they have become food-conditioned. And if people show only a passive reaction, then that gives way for the animals to become habituated.
The problem arises when the animals don’t find the expected food. Because they were used to being provided with food by humans, when they no longer receive it, they become more willful and they approach people even closer. And from there, they’re only one step away from turning aggressive.

This virus can be found in wolves that interact with other infected species of animals such as foxes. The rabies virus determines the wolves to lose inhibition and fear towards humans. Also, the animals might start exhibiting aggressive behavior.
Rabies can be passed down to humans and is almost always fatal. If ever bitten or had any contact with the animal’s saliva, you should immediately report to your local health care provider.

What to do if you encounter a wolf
in the wild

First of all, traveling in a group is much safer so make sure to bring enough people along.

If you do run into a wolf, don’t stare it down. Avoid making direct eye contact or staring at it. They will most likely see this as a challenging behavior. On the same note, don’t show your teeth either.

Do not turn your back towards it! Continue facing it while retreating slowly.

If it starts to snarl, growl and lunge towards you, you need to switch to a more aggressive behavior to make it back off. You need to show it you’re not an easy target.

Do not allow the wolf to get any closer than 100 meters. Try to scare the animal away. Try to appear bigger than you are by raising your hands and make noise, yell, clap your hands and throw rocks at the wolf.

Do not run! This can trigger their hunting instincts.

Be careful not to fall or bend down for too long. You will appear small and easy to attack.

If in a group, act together to discourage the animal.

If there is more than one wolf and you are with a companion, place yourselves back to back and begin to move slowly away from them.

Bring with you and use air horns or any other devices that make noise.

Bring and use wolf repellent if the situation dictates it. Bear spray also works. However, do make sure you know how to use it before going for a hike.

Consider climbing trees and waiting for the wolf to leave. You might be stuck there for quite some time, but it’s still better than being attacked. 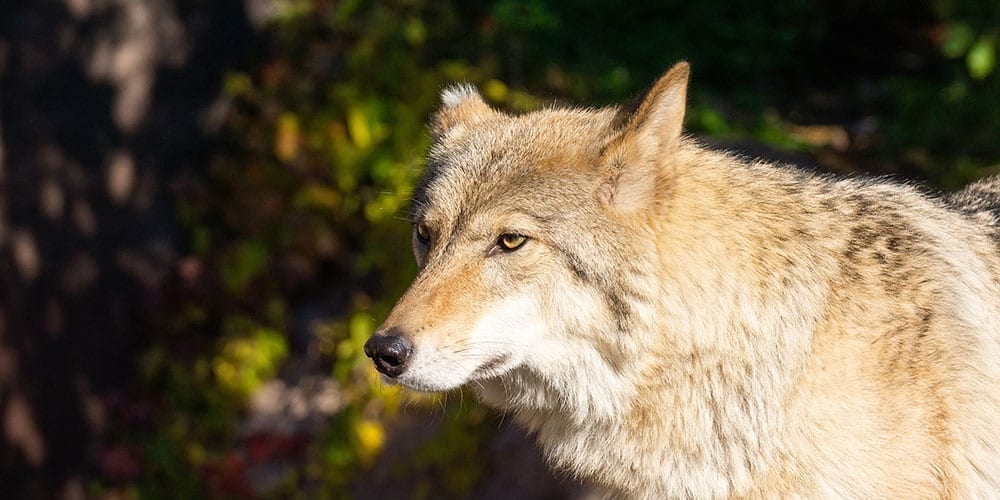 How to survive a wolf attack
if attacked

If attacked, fight back with anything you have at hand. Use poles or any items at hand to deter the wolf. Aim for the nose and face as these are highly sensitive.

Consider carrying some sort of weapon on you. A knife of a decent size can help you buy some time to escape.

If you plan on hiking, camping or going kayaking in coastal wolf habitat, you should take extra precautions. Avoid camping or recreational activities where seals or sea lion carcass washed ashore as wolves are known to feed on these.

Dishes should be washed away from your camping area.

Do not clean fish where you camp or near the camp. Dispose all fish carcasses out to sea.

In brief, wolf attacks are not that common but nonetheless, as we venture out and explore the great outdoors, it’s always a great idea to be prepared to face any type of situation. Research the types of wildlife that exist in your area, learn how to avoid and respond to each animal encounter. You can never be too careful.