How to Survive a Moose Attack While Hiking
by Lidia Bertesteanu
October 11, 2019

A cousin of the deer, moose live in forests around lakes, ponds, and streams. In other words, exactly where people like to hike and camp.

If you’re an outdoor enthusiast who’s visited the forests of North America, chances are you’ve encountered moose. Generally non-aggressive animals, there are certain conditions under which they will charge and attack humans.

If you’re planning to go hiking or camping in North America it is important to know what to do if you encounter a moose. 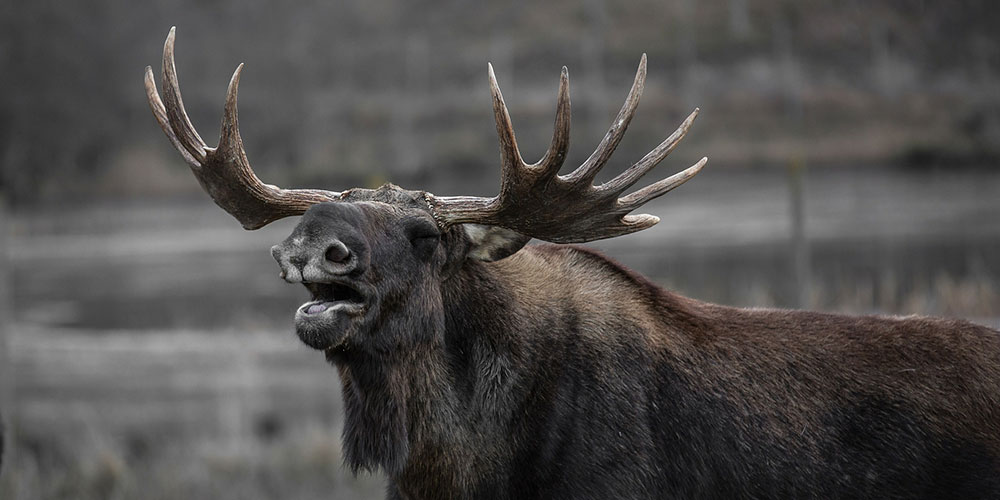 How to Survive a Moose Attack
While Hiking

As a general rule, male moose or “bulls” are far more aggressive than females, or “cows,” and during mating season, bull moose can become agitated and irritable.

At such times the likelihood of the animal attacking increases. Moose that are tired or hungry are also more prone to aggressive behavior, as are those who are defending their territory.

Before a threatened moose charges and attacks, there are certain behaviors that signal its intent. Being aware of these tells can be an enormous advantage to you, as it is always better to avoid a moose attack by backing away at a safe distance than it is to survive one.

If a moose stops eating to look at you, this is a sign you should back off immediately. In fact, experts argue that any changes in the moose’s behavior should be taken as an indicator that you’ve gotten too close.

When preparing to attack, the ears of a moose go back in much the same way as a dog’s. You may see the hair on the animal’s back bristle and stand on end.

Licking of lips and chomping of teeth are also signals that the moose is likely to strike. Finally, a cornered moose may urinate and even whip its head back in the manner of a horse.

Should you encounter a moose exhibiting any of the abovementioned behaviors, be sure to back away. Do keep in mind that these are big, dangerous animals. 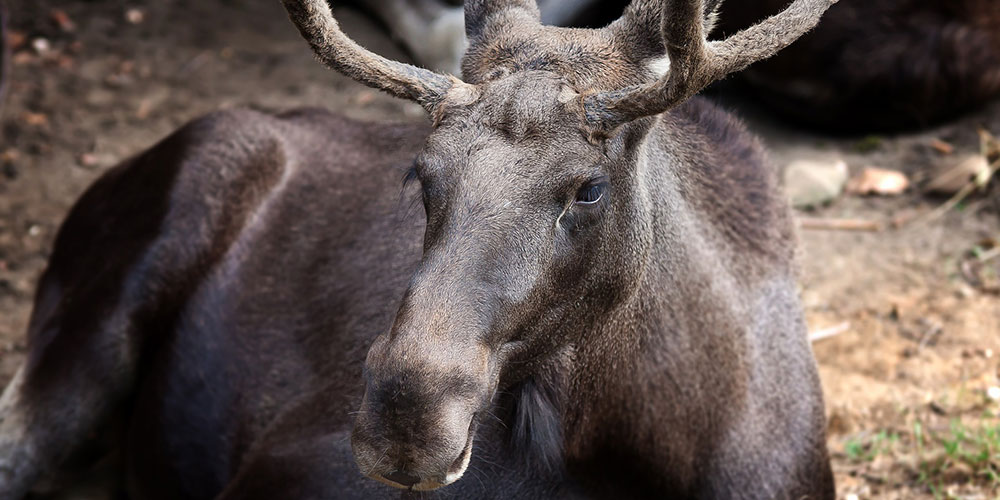 Times Moose Aggression is Most Likely

There are certain times of the year during which a moose encounter is more likely to result in an attack. Knowing when moose are prone to be more aggressive can help you to properly plan and prepare for your hiking or camping trip.

During the late spring and early summer, female moose are mothering newborn calves. A cow moose who feels her offspring is threatened will charge and attack a human.

For this reason, it is extremely important you never position yourself between a cow and her calf. In fact, it is best to leave a doting mother moose plenty of space in which to do her job.

How to Avoid a Moose Attack

Before you take your next camping or hiking trip, you should know what to do if you see a moose. There are certain things you can do to lessen the likelihood of your vacation resulting in a moose attack. For one thing, be sure never to feed moose, as they have been known to become aggressive when fed less food then they may have expected. Feeding moose is illegal in some states, including Alaska.

If you plan to bring your dog with you, be sure to keep your four-legged pal on a leash. Moose have been known to mistake dogs for wolves, a natural predator.

Be sure to always give moose plenty of space. The less intrusive you are toward the moose, the less likely it will be to mistakenly identify you as a threat.

Reviews seem to be mixed as to the effectiveness of moose repellent, though it may be a good idea to use it around your campsite. 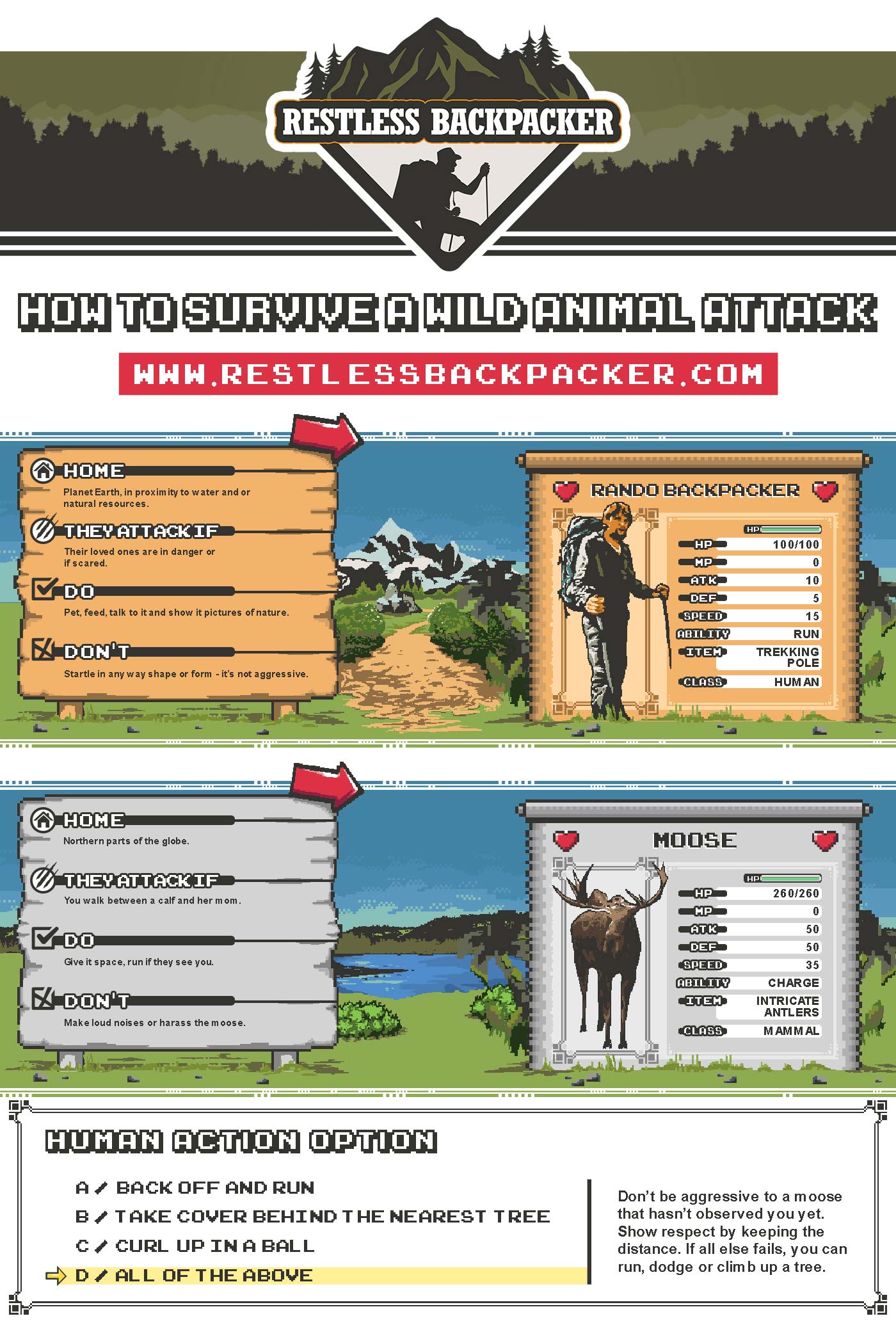 How to Survive a Moose Attack
and tell the story

In the unlikely but entirely possible event that a moose encounter escalates into an attack, knowing how to react may save your life. The first thing to do is to back off and run, ideally to the nearest tree.

An adult moose can reach seven feet tall and weigh in excess of one thousand pounds, so you want a sturdy barrier between you and an agitated moose. A moose can run in bursts of up to thirty-five miles per hour, adding speed to its already deadly force.

If the moose should fall upon you before you’re able to reach a barrier, roll yourself into a ball. Once you’ve been knocked over, a moose will trample you with their front hooves. Rolling into a ball will help to protect your head and your vital organs.

Make sure not to rise until the moose is a good distance away, as doing so may cause it to charge again.

Few things can compare to the peace and tranquility of hiking and camping in the beautiful forests of North America. The last thing any hiker/camper wants, though, is for that peace to be shattered by an animal attack. By being aware of the wildlife indigenous to the region, and knowing how to behave in the event of an encounter with such wildlife, you can improve your chances of having a safe adventure.

If you’re planning a hiking/camping trip where you may encounter moose, be sure to familiarize yourself with the suggestions and techniques listed above. Moose attacks on humans are rare, but they do happen. Don’t let it happen to you. 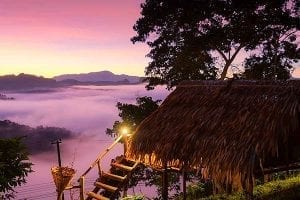 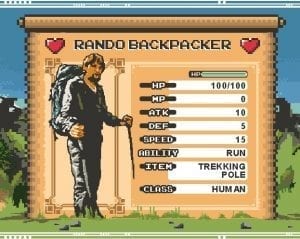 How to Survive an Animal Attack | Complete Hikers’ Guide + Infographic 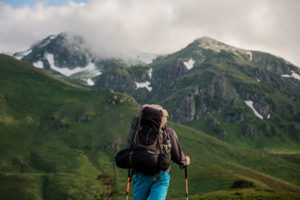 What is Thru Hiking? The Complete Beginners’ Guide