I’m sure we all love our social media outdoor influencers for posting amazing photos and relieving us from the trouble of researching our next travel destination. We like their posts; try the places they’ve been too and click a picture of our own as proof for being there.

And as I walk in the footsteps of my fellow favorite influencer to gain the same extraordinary experience, so do you, and your friends, and many others. So, you might think, how is that wrong? Isn’t it nice for more people to enjoy the same places outdoors?

Maybe, BUT it comes with a cost.

We can no longer preserve the wilderness of those places and their beauty. It takes only a post from an influencer for people to start flocking to a site that was previously unknown or secret. The snowball effect kicks in, and it doesn’t take long for things to get out of control. 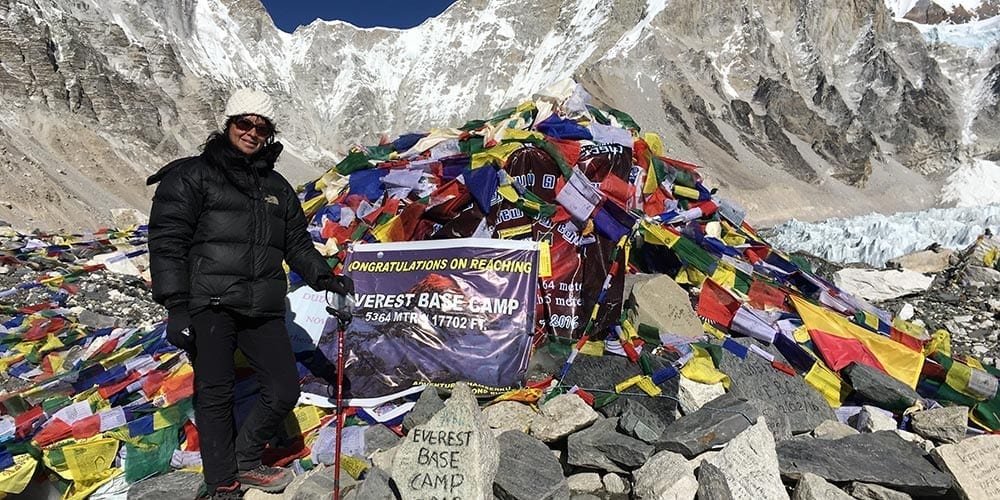 And sadly, more often than not, people who visit ruin the place and leave behind a trail of litter. Instead of being careful to preserve the space they visited and clean after themselves, they taint it. The land becomes overused, and the magic of the place is lost.

It’s a call for responsibility as human beings to stop damaging the places we visit and to be more aware of the impact we have on nature.

There is a lot of ecological damage that coincides with the rise of Instagram. One anonymous man, an inveterate backpacker, runs an Instagram account called Public Lands Hate You. He uses it to expose how humans have been abusing public lands.

What does he mean by abuse? Illegal trails and campfires, litter that keeps increasing, scarred trees after the mauling of knives, stomped vegetation and any damage made to the environment.

Cases of great concern
that have already happened

An example of grave concern this spring has been the Southern California Walker Canyon poppy fields where access was temporarily denied because of the unbearable number of people. Many of the visitors either went off-trail, stampeding through the fields, or even picked the flowers.

Influencers that posted dreamy photos in poppy fields sometimes accompanied by one of the products they advertised only further aggravated the situation. Sitting among the poppies is not allowed as it can damage this delicate ecosystem. And to make matters worse, their behavior encouraged others to do the same.

Let’s take yet another example. An area of the Glacier National Park was closed due to overuse even before a photo was posted on Clements Mountain Instagram account. But despite that fact, people in the comments still expressed their desire to visit the place regardless of its closure.

Other examples include a small sunflower farm in Canada that became extremely popular due to Instagram. The overwhelming number of visitors soon proved too much to handle for the small space, and the police had to be called to close the roads and protect the sunflower farm from harm.

The lesson of overuse
and over-tourism

In the end, all of this is teaching us that some places cannot accommodate so many people. Places that become hotspots get overcrowded quickly, and it’s complicated to get about or experience the beauty of the area with all the busy human activity.

Perhaps one way to deal with this is for local administrations to implement a maximum number of entries per day. Let’s say you can do that with farms, but could it be applied to other public lands?

What people need to understand is that they are responsible for every little action that they take and their actions impact their surroundings. Now either people don’t seem to care or think much about the importance of their actions on the environment or they are just lacking the proper education on the biology of the area.

This gap between the land managing agencies and the people that wish to visit the outdoors needs to be bridged, and effort needs to be made by the agencies in an attempt to educate people. At the same time, people also need to express willingness to learn and increase their awareness of how to care and protect public lands.

Now Instagram can work for and against land preservation. Land managing agencies can use social media to their advantage to educate people and issue guidelines of behavior such as campfire regulations, to give but one example. These agencies can post a photo of a location they wish to advertise, while also outlining the rules that need to be respected when paying a visit.

For instance, in an attempt to educate its visitors, Yellowstone National Park has started a campaign called the #Yellowstone Pledge. It is comprised of rules on how to behave when exploring the park. Visitors are encouraged to not only read but also take the pledge and use the hashtag #Yellowstone Pledge on social media, further educating others.

Cutting someone else’s bond
with the visited place

Besides the harm that can be done to the environment if the number of visitors is not sustainable, we need to also think about the personal connection some might have with the place.

It’s always exciting to discover a new beautiful place. But before sharing it with its exact location on Instagram, contemplate on the idea that the space might be an oasis of peace and relaxation for someone else.

Imagine those people revisiting the place only to find that it has been overcrowded, trampled on, or even vandalized. They’re bound to get upset at such a sight, and it’s understandable.

If you wish to enjoy more serene and quiet, mesmerizing outdoor places, you need to keep quiet about their location if you want to post a photo. Let others do the treasure hunt. Exploring is fun. Who knows? You might find something even more breathtaking while adventuring into the great outdoors.

Spoiling all the fun
for everyone else

Influencers travel influencers have killed the joy of researching on your own and exploring new places spontaneously. There is a particular type of excitement when you explore and admire a place people have not set foot in before. You establish a connection with nature and awe at its wonders.

What is more, with the rise of the need to impress, along with self-esteem conditioned by the number of likes and followers, choices have become less and less authentic.

Before people cared for decent but cheap accommodation. I find it ridiculous how some people go to fancy hotels nowadays just so that their likes can soar up. People also choose their travel destination according to how Instagram-friendly it is. As a result, they can miss out on a lot of good choices available out there.

And on another note, are you going to let others make all the choices for you?

Rather than blindly following influencers or being ruled by social media, we should make conscious decisions on what to eat, where to go, and so on.

Stupidity at its finest
again and again

There have been instances when influencers made terrible, and I mean TERRIBLE decisions. Take, for example, the case of the Instagram influencers that swam in a toxic dump in Galicia, Spain.

The Monte Neme “lake” looks like a splendid body of turquoise water, just right for that perfect Instagram photo.

Some Instagram influencers that swam in it had to be hospitalized for skin rashes and digestive system problems. Why? The lovely turquoise lake is filled with hazardous chemical waste from a closed tungsten mine from the Second World War. And its beautiful color is the result of such chemical contamination. Crazy right?

To make matters worse, this is not the sole incident where social media users have been fooled. The turquoise lake in Siberia attracted so many Instagrammers that the Russian company controlling the coal plant had to issue a warning to people NOT to swim or fall in the ash dump.

Another new hotspot is Chernobyl, which has become a popular place for selfies despite radiation levels in the area. 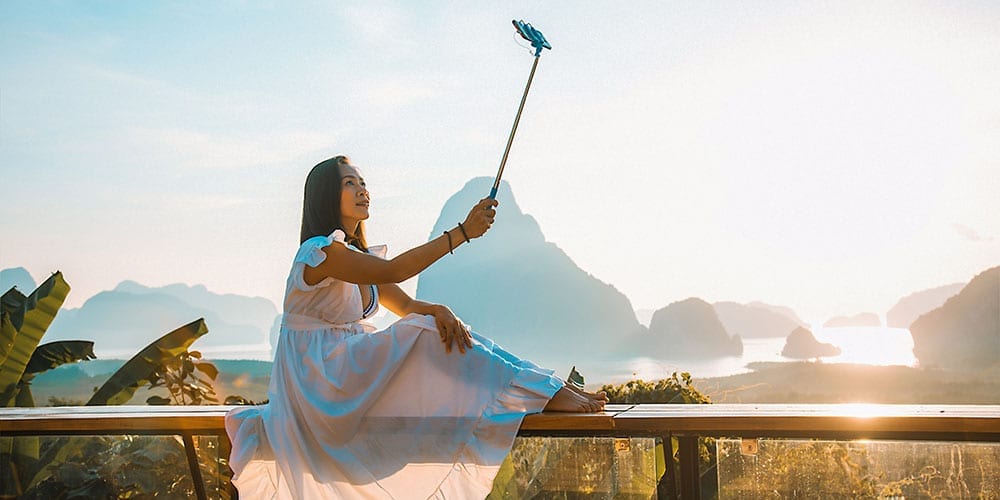 Dying for the perfect photo
because why not

Maybe it’s not far-fetched to say that social media is ruining society. Some people expose themselves to great danger for a mere picture. Since 2011, more than 250 selfie deaths have been reported of people trying to take selfies from mountain tops, tall buildings, and lakes.

In July 2018 a 19-year-old boy fell to his death from a cliff in New South Wales, Australia, while he was trying to take a selfie. Another man in September 2018 died while taking a selfie in Yosemite National Park, California.

People go to extreme lengths to get a photo that will make them stand out. People need to realize that no picture is more valuable than their own life. Yes, posters and signs should be put in place to stop people from taking photos in dangerous areas. Although, it’s sad that we have gone down the road so much we even need such signs in the first place.

To sum up, I think we can all agree that social media plays a vital role in our lives today. It’s one of the easiest outlets to share information with others. It can reach out and influence high numbers of people, and it can make a less known outdoor place go viral.

But that leaves us in a dilemma. Should we share the location of the outdoor photos we post, or should we keep it a secret to preserve these beautiful places?

I would say be unique! Instead of taking the same photo as everybody else, find your special place, and capture unique pictures that no one else has!

In the meantime, check out our article on how to be a responsible hiker and leave no trace behind.