How Hiking Can Help You Find Your True Passion in Life
by Trev Lewis
February 1, 2019

Do you ever wonder how to find your purpose in life? I know I used to. A little over three years ago, I felt trapped in a bit of a rut. I was heading towards the big 40, stuck in a construction job that was not really what I wanted out of life.

I was stressed and slightly depressed. It was a strain that weighed heavy on not just myself, but my family too. But, one day, I found a new hobby that completely transformed my day to day life for the better. Hiking!

I was Supposed To Become
a Film Director

As a child growing up, you would always see me with friends and a camcorder strapped to my hand. I was always making movies, and I was adamant that I would become a famous film-maker by the time I was 21. In actuality, by the time I was 21, I had already quit further education and opted for the quick cash relief of a steady job, a decision I would regret for years to come.

As we got older, filmmaking became a thing of the past. My friends didn’t share my passion, motivating them was hard and frustrating work. Eventually, it came to a grinding halt. Apart from the joys of having my own little family, my life felt unfulfilled. I needed something else, and quick.

An Unlikely Friend
shared my hobby

One day, at work, I was sent to a new building site and set to work with a new member of staff, Paul. I remember seeing this little stocky bloke in his late 40’s, and thinking ‘who’s this grumpy looking chap?’ Little did I know that he was going to become one of the most influential people in my life.

Paul used to be a professional bodybuilder, he visited the gym regularly, he loved football, rugby, and the great outdoors. In fact, he was precisely the type of person that I had nothing in common with. But, much to my surprise, and probably Paul’s too, we hit it off immediately. We became great friends and would talk all day (while working of course). Paul’s biggest passion was hiking, and I loved to hear him talk about it. 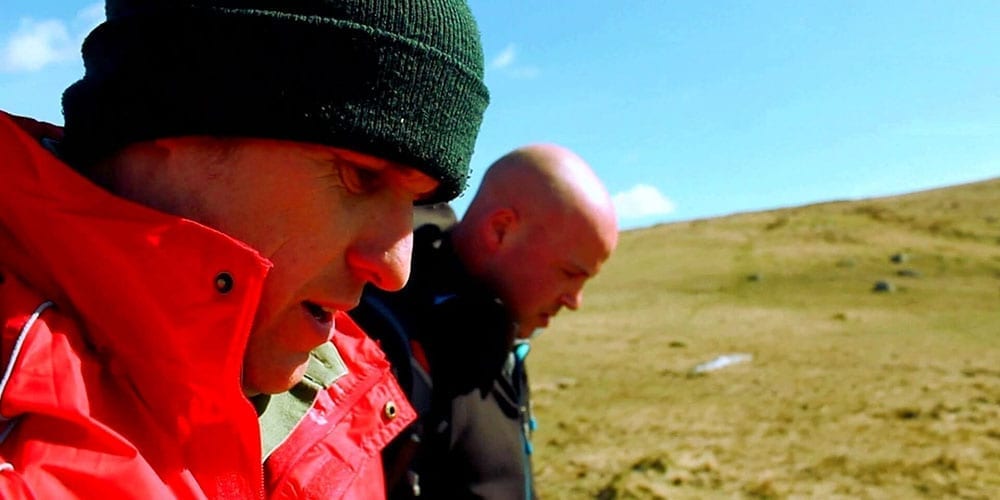 Despite having bad knees and waiting for a knee operation, most weekends along with his fiancée and friends, Paul would travel across the UK to hike up mountains. Sometimes they would camp on Dartmoor, in all seasons, something that back then I was sure I could never do. He would show me photos, discuss successes and failures, relive monumental moments, and harrowing near misses. His passion for the outdoors was contagious, and it wasn’t long before I too wanted to have a go for myself.

Paul offered me to come with him and his group, but as a complete amateur, I didn’t want to tag along with them only to hold them back if I was struggling. Luckily, I already had a friend of my own who considered himself a bit of an outdoors adventurer; my mate, Nath. I decided to give him a call.

I Want To Hike Up Mountains
or at least try

Nath was surprised when he received a call from me, requesting his company to climb some mountains. Although he was more than happy to help, I am sure he thought that it was going to be a flash in the pan. After all, I was not a walker; I was not into the outdoors.

Regardless, I seemed determined to at least try, so he plotted a hiking route on Dartmoor, our local National Park. The desired path would take in High Willhays, the Highest point in the South West of England. At 621m’s above sea level, it barely constitutes a mountain, but it was as near as you could get in our area. 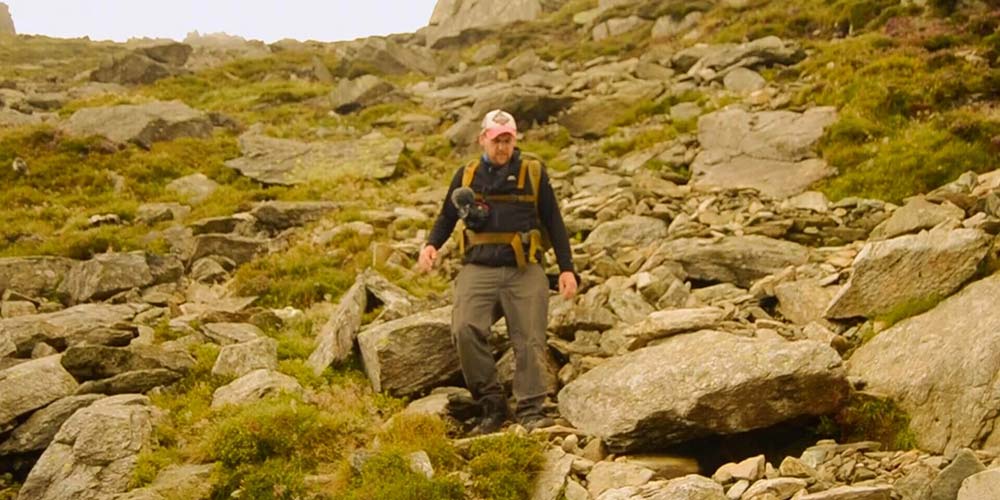 The climb up to High Willhays from our car was a 450-meter ascent over 5km; a considerable stomp for a complete novice like me. To be honest, the walk from the car park to the entrance of the moorland almost destroyed me. I ached more in that initial 200 meters than I ever had in my life, and muscles hurt where I didn’t even know that muscles existed. I began to feel as though I probably shouldn’t be here.

To say that I was under prepared was an understatement. I was dressed in work jeans, and steel toe capped boots. I had a rucksack full of food, spare clothes, binoculars and of course, my DSLR for filming. I couldn’t walk around the beautiful barren landscapes of Dartmoor and not film it, could I?my own who considered himself a bit of an outdoors adventurer; my mate, Nath. I decided to give him a call.

Summit or Nothing
started

To cut a long story short, I completed the 10km hike in fine spirits. Yes, it had been hard work, and slow going at times, but it was exhilarating. What was equally as good for me, however, was that I now had something to occupy me when I was at home in the week, editing the video. After all, video editing is one of my most favorite things.

I uploaded the finished video to YouTube, where it received a few views and even some comments. We went out again, a few weeks later, and once again, I filmed it, edited it, posted it up, got some more views, and more comments. We went out again, and again, and again and we were noticing a modest audience tuning in, week after week. With this in mind, Nath and I agreed to start our very own YouTube channel.

As Summit or Nothing, we would document our progress towards fulfilling our agreed goal of hiking up the UK’s three peaks, Snowdon (Wales), Scafell Pike (England) and Ben Nevis (Scotland). And over the next three years, that is precisely what we did.

Hiking had been a great way to find my passion in life, in fact, hiking became my new passion. It kept me film making, and my desire to keep film making, in turn, kept me hiking. I began to feel healthier and as they say “healthy body, healthy mind,” a mantra I can very well agree with. Since I discovered hiking, my usual negativity dwindled. I was positive, thoughtful, and seemed to see my life’s path a little clearer than I ever had.

My confidence rocketed, and I made some brave decisions that pushed me out of my comfort area. I resigned from my job and became self-employed. I now offered my services to numerous employers to keep money coming in. This added some variety to my work routine and also freed up some time to work on the channel. In fact, through our videos, I even picked up regular work as a wedding videographer, and that is just the start. 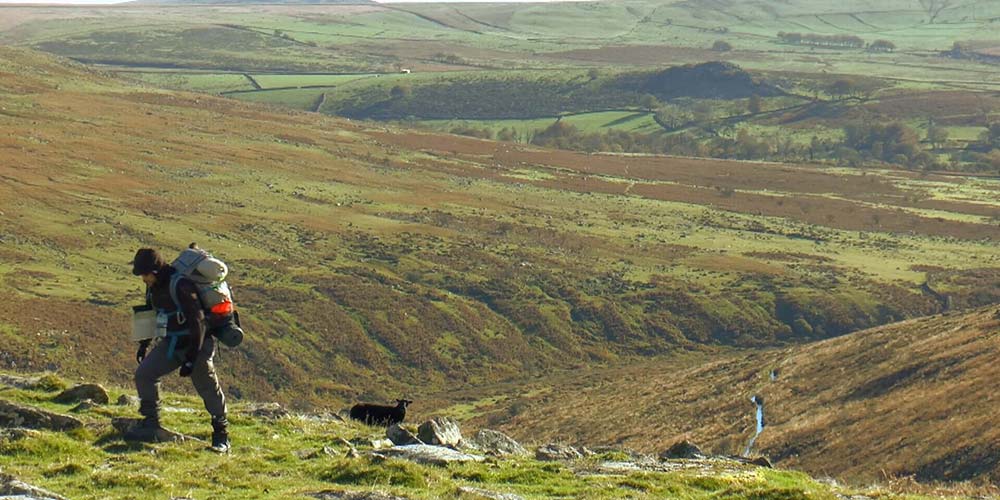 Before long our subscribers began to grow even more so, and we were soon being told that we were ‘inspiring’. Inspiring? Us? It’s hard to imagine that a couple of Jack-the-lads from the South West of England should have people from all over the world look to us for advice and inspiration. And to top it all off, we are regularly approached by companies offering us gear to review, or products to test. And being asked to come on board as a regular contributor at restlessbackpacker.com is something that I only ever dreamt would happen, and now here I am.

Life has changed direction for me, and for the better. It has been a slow climb, and its still ongoing, but, finally, I can say that hiking was how I found the passion in my life.

Life’s Too Short
to stay in an office all day

My friend Paul and I stopped seeing so much of each other once my work routine had changed, but we would often contact each other and chat about hikes and camps that we had done. He had finally got around to having one of his knee ops. He told me that while he was laid up, he would watch my videos, happy that I had discovered how to find my purpose in life. And, at the end of each conversation, we would say that we shall have to get out together soon.

Several months later, we met briefly, and he told me that he was due to have his second knee operation. He was looking forward to being able to hike without the pain, once again, and was planning on doing the Two-moors Way, a thorough hike across both Dartmoor and Exmoor. I promised to give him a call while he was recovering.

However, one day, while I was out hiking across a stretch of the South West Coast Path, I received a phone call from another work colleague. He informed me that Paul had gone in for his second knee op, and while anesthetized he suffered a fatal cardiac arrest and passed away. I was knocked for six, I couldn’t believe it. You don’t expect a routine knee operation to strike a man down in his prime. He was only 52 years old.

I very often think of Paul as I summit another Mountain, or camp in another isolated spot. I will always be eternally grateful to him for showing me how to find my purpose in life, and my biggest regret that we never did get out together. But, I like to think that he passed on the baton to me, and through my videos, I can help pass it on to others.

Staying Focused
is what matters

If I have learned anything from Paul’s tragedy, it is that life is there to be embraced. Paul showed me how to find my passion; he was the catalyst for my new life, and my new love of walking. But it is the desire to accomplish more goals, like completing all 640 miles of the South West Coast Path, and the thought of making a success of our channel that keeps me driving forward.

There are times while I am editing that I begin to feel as though I am merely playing, that I am enjoying what I am doing far too much for it to be considered work. After all, I could be out there with my back to the grindstone, earning money. The old me would possibly have been racked with guilt, or felt the pressure of other’s judgments, and would have turned back to the quick buck of full-time employment by now. 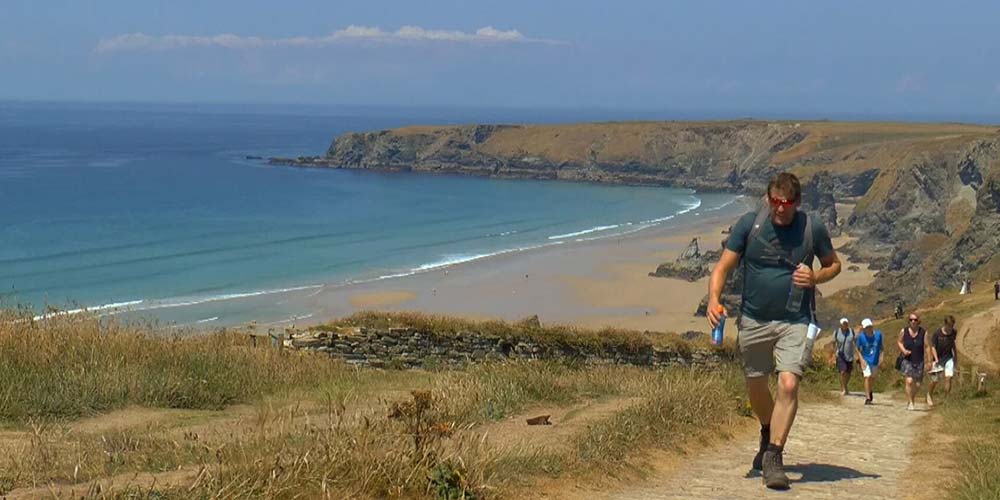 You are the driver
of your own destiny

And my advice to you? Get out there and start hiking. Not only is it healthy, and a great form of exercise but it also puts you out there with nature. That in itself is liberation of the soul. I’m not saying you should all become YouTubers, but hiking could be what you need to get into the positive mindset that puts your life onto a more fulfilling track. It could be just the thing that shows you, as it did me, how to find your passion in life.

We would love to hear a little from yourselves, of how hiking and the outdoors has changed your lives too, so please contact us, and share your own stories and experiences.

Thanks for your time.

"I am so glad that I found walking and would recommend it to anyone who is in need of a little direction." 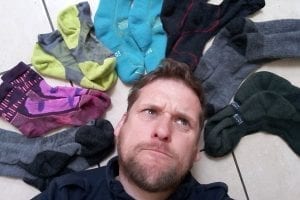 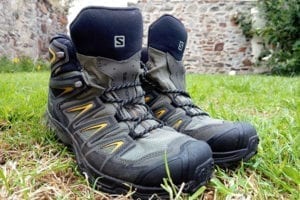 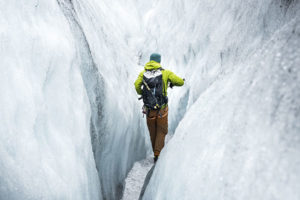